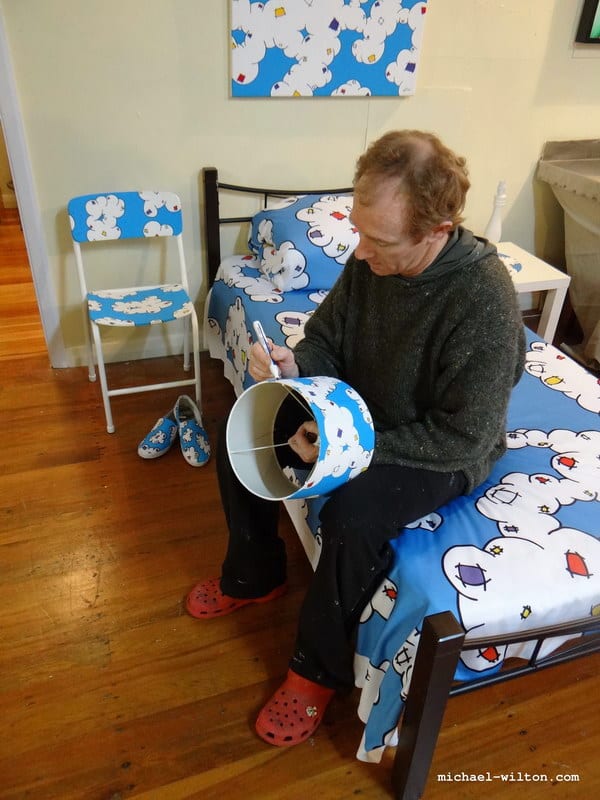 Immigrating to NZ in 1968 as a young child Michael Wilton grew up in Wellington where his father had taken employment as an architect.

He attended Wellington College where he studied art tutored by Phillip Markham who encouraged the young artist toward a career in commercial design – Wilton did not envisage this as his future career, preferring to simply paint his own he finished school in 1984 and commenced full time painting – selling his first canvas – somewhat marking the beginning of his career.

Since his own early 1990’s gallery and studio he has only exhibited six times to the public. He has however been a prolific producer and over three decades works have slipped themselves in collections around the world.

Like all young artists he found survival difficult and in 1993 to supplement his income he started a bicycle repair store in the building he had already leased a year earlier for his studio and gallery.

Over the following years the business grew, and would eventually provide enough to support and finance his art and gradually he moved to the life of a full time artist.

Living at his studio he often entertained guests, many of whom would over time became patrons, it was often even in the early years that stakes would be claimed to works well before they were completed.

Start typing to see results or hit ESC to close
nature landscapes sky mixed media psychedelic
See all results
By continuing to browse this website, you agree to my use of cookies.